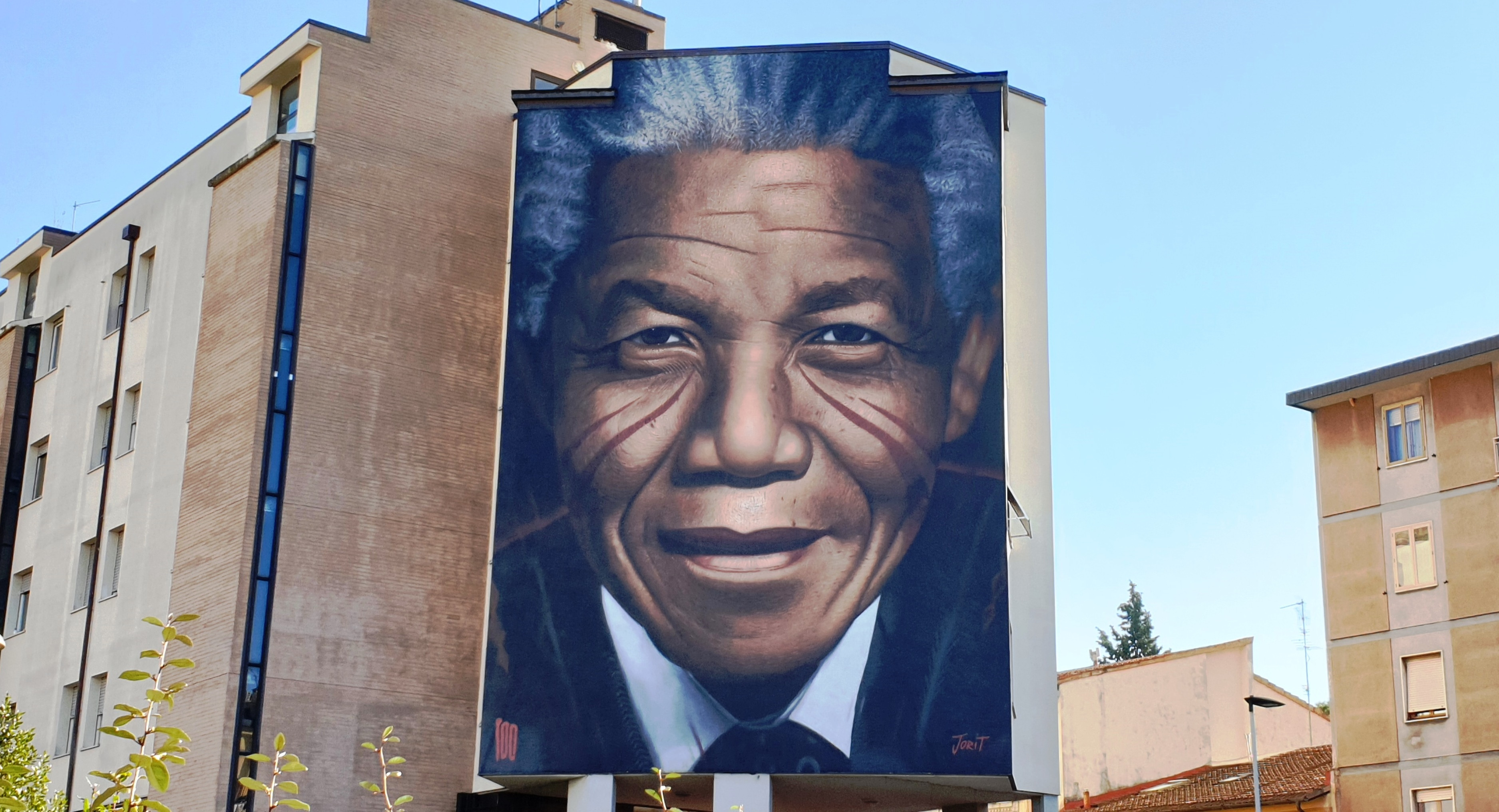 Street Art not ephemeral --- NELSON MANDELA. There is also a "legal" street art not ephemeral, but made to last, financed by sponsors and institutions. Also in Florence there are such artwoks, like the mural dedicated to Nelson Mandela in Piazza Leopoldo, created by Jorit Ciro Cerullo, a Neapolitan artist, now  an internationally renowned artist, who started from Street Art graffiti and now specializes in large realistic depictions of the human face. His 15-meter high representation of San Gennaro in Forcella, a popular district of Naples, is worldwide famous. Mandela's face, on the side facade of a public building, measures 14 meters by 9 and 126 square meters of surface. It took the artist 12 days and 300 spray paint cans to paint it. This type of works generally start from a photograph, whose outlines become the basic scheme for these grandiose projects. Funded by the Municipality of Florence, by Coop, by a bank, by other associations and public institutions, it was created in 2018 on the fifth anniversary of Mandela’s death, to celebrate this symbol of the fight against racism and for human rights. A curiosity: Jorit signs his works, which, however, are easily identified also by the long red strips traced on the cheeks of his characters, as Indian tattoos. Florence, Piazza Leopoldo.