Street Art in Florence - Eusebeia, the respect for others and for ourselves

On 10 December 2020 the Tuscany Region inaugurated the 24th Edition of the Human Rights Meeting, entitled Peace, justice and solid institutions. This date recalls the Universal Declaration of Human Rights, proclaimed by the United Nations General Assembly on December 10, 1948. Of course this year, given Covid-19, the ceremony was transmitted online. During the event, the writer Andrea Casciu - well-known muralist born in Cagliari in 1983, who has worked throughout Italy and abroad - finished in a live performance the mural entitled Eusebeia 2020. For the occasion, another writer as well, Skim, created a beautiful mural of a fish.

Eusebeia is a very symbolic work. The term is a Greek word that means "respect, reverence, devotion", widely used in philosophy, even with religious tones. Casciu's work, which is often inspired by Greek mythology, deals with the respect for others and for ourselves.

A couple, from which a plant is born forming the symbol of infinity, of eternity. One figure has the Greek ribbon (ταινία) in her/his hair, a prize for the winners of the games. But the plant only blooms from a couple well united, as one, who looks at the world with love (the hand with the burning heart) and respects the other, but also themselves (the hand with the mirror). The bearded figure is a self-portrait of the artist, which often recurs in his works.
San Donato Park in Novoli. 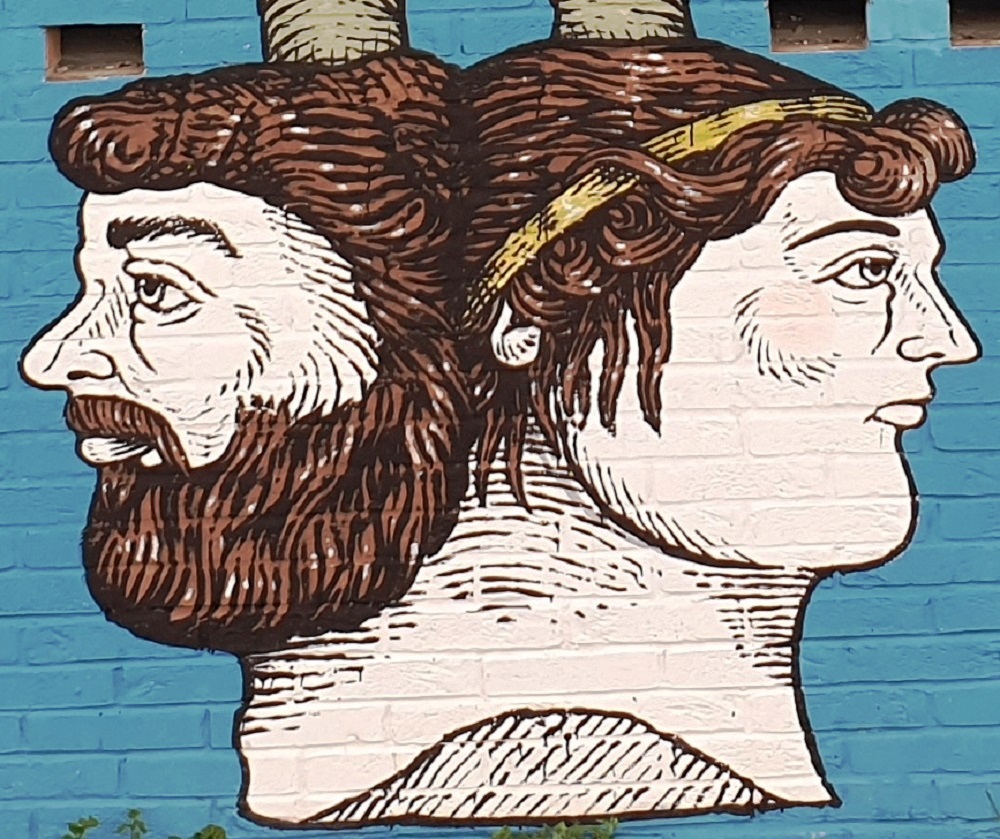