Forte Belvedere opens its spaces to Rä di Martino, a young contemporary artist, and to her solo exhibition entitled Play It Again, a project of Museo Novecento curated by Sergio Risaliti.

Through a selection of works from 2014 to today, that includes installations, video art and photographs, Play it again offers us real and fantastic conflicts.

The exhibition itinerary starts on the first floor, showcasing reality with The picture of ourselves, a black and white video installation, that shows a little girl hanging upside down, held by the legs by a man. It is a narrative made up of contrasts: a girl and an adult, a he and a she, one standing and the other upside down. They both look into the camera and observe the observer. The relationship between the two, however, is not explained, they could be father and daughter or two complete strangers, the interpretation is left open.

We then move on to the central body of the exhibition, focused on the war theme, with a series of works that have the tank as the protagonist. The artist plays on the fact that in war were often used dummy tanks, fake tanks used to deceive enemies, while in the fiction of cinema real tanks are used for filming. An incongruity, a paradox that tickles the artist's imagination and translates into works with toy tanks in which the reality of war becomes a playful artifice.

Moving from the real to the fiction of the cinema, the exhibition closes with complete abstraction through the light installation on the second floor.

Ra di Martino seeks harmony in discordant elements, in conflicts. Her imagination is made up of repetitions, desolate and deserted places, elements taken from cinema and pop culture, often ironically decontextualized. There is a desire to work on collective memory, with elements and situations in which we all recognize in some way, which belong to our memory because they come mostly from the media.

The Italian artist focuses on the power that the media and cinema have over our subconscious and our collective imagination and presents us with oniric images that somehow remind us of something but remain suspended in time, they fascinate and alienate us at the same time. 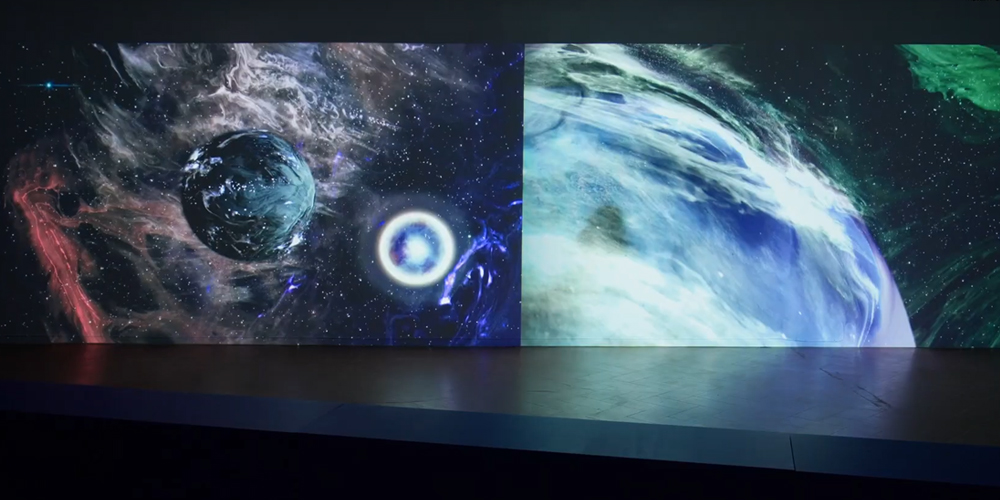